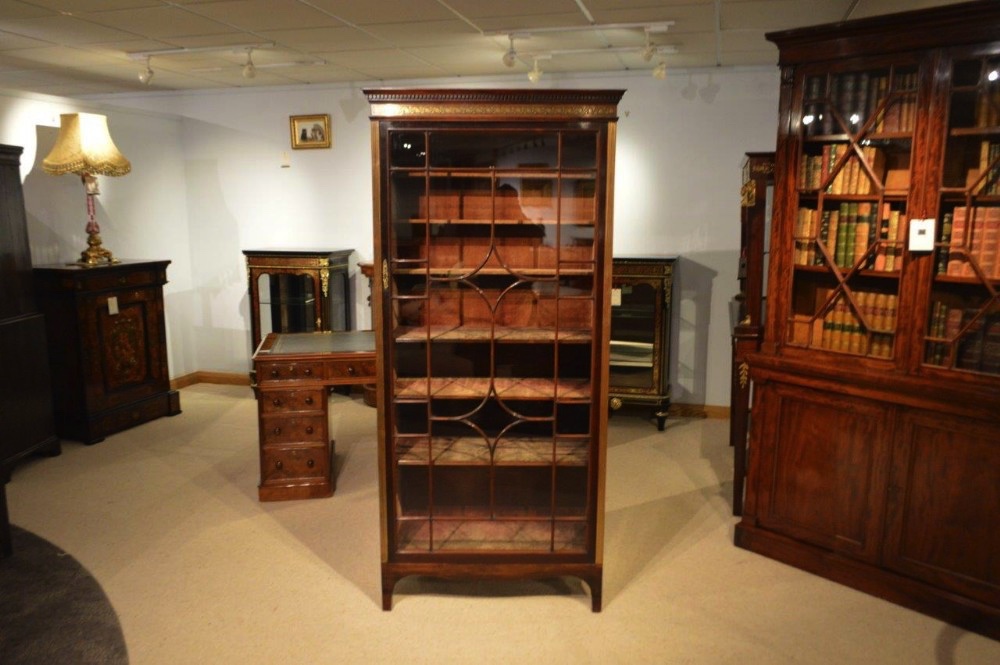 Collinson & Lock was established in the 1860s by F.G. Collinson and G.J. Lock, who worked for Jackson & Graham, a firm famous for its machine-made marquetry furniture. They were one of the foremost producers of Aesthetic and Art Nouveau furniture in London. A large collection of their work is on display at the V & A museum, including an antique cabinet shown at the 1871 London International Exhibition.

Collinson & Lock also produced some outstanding international exhibition pieces. An ebonised antique cabinet, shown at the London International Exhibition in 1871, was purchased for the V & A museum in the same year, other versions being shown in Vienna and America. At the 1878 Paris Exposition, they exhibited a number of Anglo-Japanese pieces by E.W Godwin, their most important designer, leading to international recognition.

Product has been added to cart